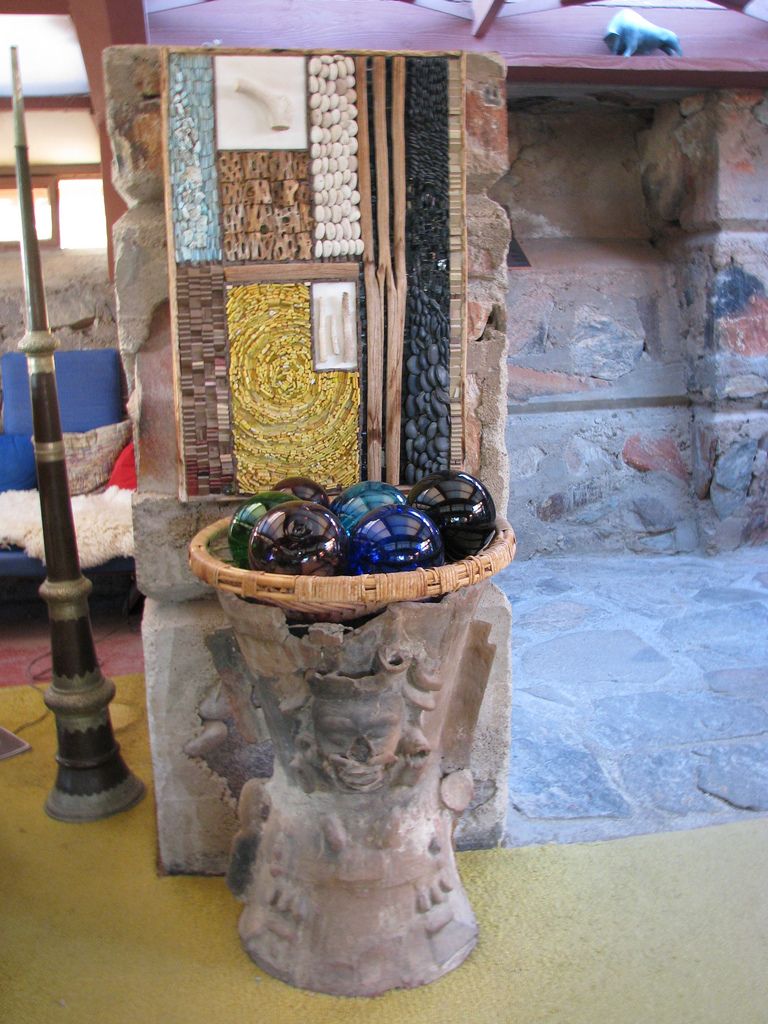 There’s something about mosaics that draws people.  I came across these photos of mosaics made by the playwright(among other things, including Congresswoman) Clare Booth Luce, which she gave to Frank Lloyd Wright at his Arizona home Taliesin West.

I know Luce’s name because of a play she wrote, The Women, which was also made into a movie.  Intrigued , I discovered that Luce was introduced to mosaic by Louisa Jenkins, a mosaic artist from Big Sur California.  Luce’s daughter Ann, a student at Stanford, died in a car accident at 19.  In her grief, Luce converted to Catholicism and commissioned artists to design a chapel in Ann’s memory at Stanford.  Louisa Jenkins created the mosaic altar at St. Ann’s chapel, a Madonna with rosary.  Jenkins was drawn to sacred art, and did many works for churches.  I was sad that photos of Jenkins work on the web are almost non-existent

Through the wonders of interlibrary loan, I checked out Jenkin’s book on The Art of Making Mosaics from 1957.  Her daughter Barbara Mills was a co-author, and together they have many observations that rang true. 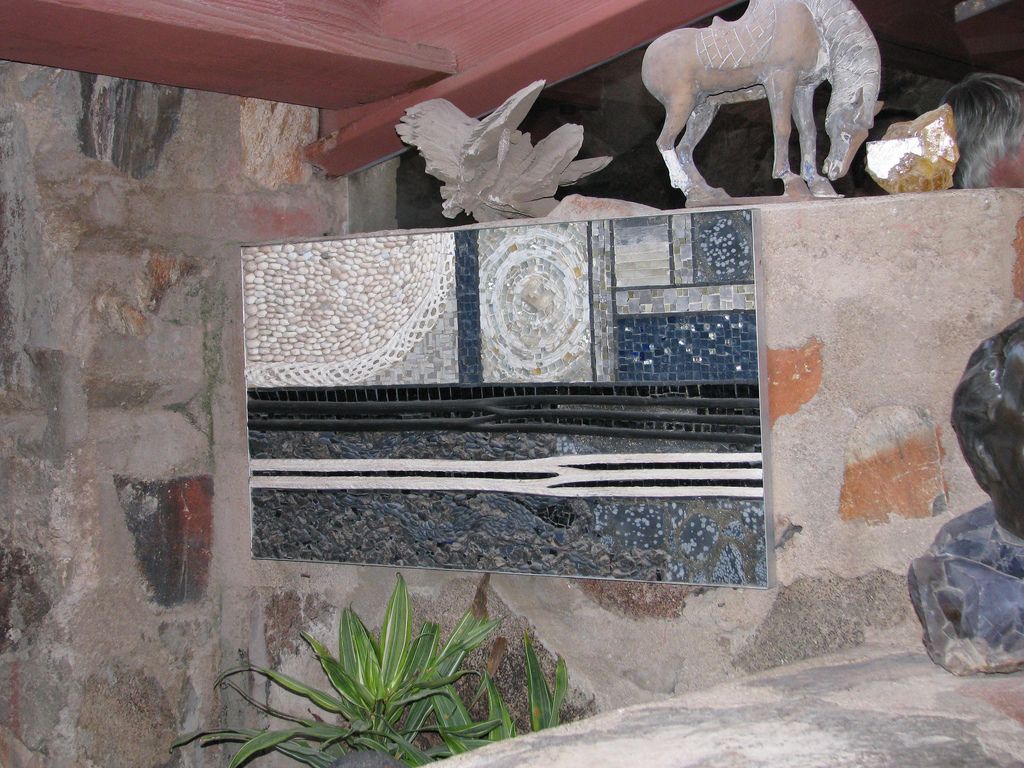 “Any artist who has watched adults as well as children enter a studio where tables are spread with multi-colored trays of stone and glass can testify to the attraction of these materials.  Baubles of glass, clinking stones, and bits of bright crystal seem to fill a hunger in people.  To handle them is happiness.”

Perhaps handling these stones and glass gave Clare Booth Luce some happiness after the death of her daughter.