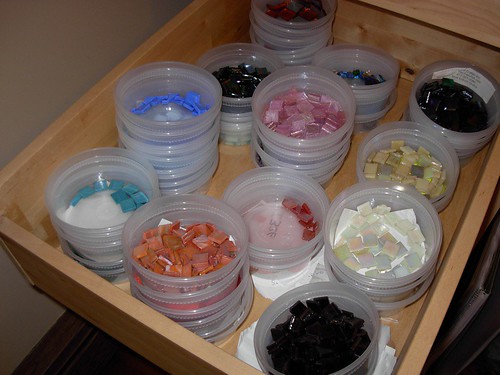 One of the pleasures of making mosaics is the word “tessera” which comes from the Latin for “four” and means something four-sided, square like a game piece or a tile.  Mosaics originally were made with  square chunks of marble, but the word tessera has generalized to mean any material used in a mosaic, whatever the shape or substance.  Tesserae is the plural, and the photo above is of one drawer of what I refer to as my “tower of tesserae.”

This word may sound familiar to those of you who are fans of Madeleine L’Engle’s A Wrinkle in Time, which was one of my favorite books as a girl.  The main character is named Margaret(although she goes by Meg), which endeared me to the book, and she and several other characters travel through space with the help of tesseracts, which wrinkle up time, and make long distances much shorter to leap.

In the math world, a tesseract is a 3D representation of a 4D cube, which is hard for me to visualize, but I came across a really cool digital Tesseracti, for your enjoyment: 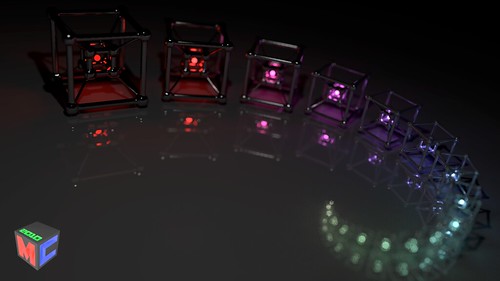