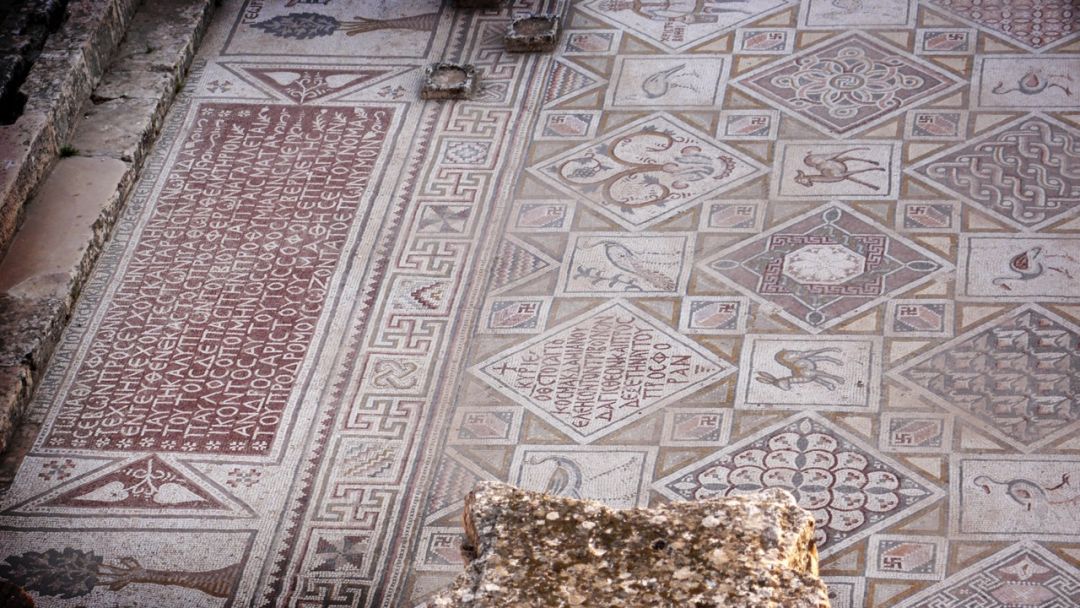 I had never heard of Dorothy Crowfoot Hodgkin, but came across mention of her in a radio show, Engines of our Ingenuity, narrated by John H. Lienhard on public radio.  Dorothy Crowfoot was born in 1910, in Egypt, and one summer before college, helped her parents excavate Byzantine churches with her ability to reconstruct mosaic floors from fragments. She considered archaeology in college, but chemistry and her fascination with crystals won out, though there is an intriguing reference to her spending a summer combining both by studying glass tesserae from the mosaics of Jerash, Jordan.

Lienhard presents a compelling picture of Crowfoot, describing a day in 1934 when she, “found she had crippling rheumatoid arthritis. Down through a very active life she’s worked in pain, with hands and feet terribly twisted.

Only hours after she found that out, people in her lab made the first X-ray photo of a protein crystal. And she realized she could go from a pointillist X-ray pattern — a broken Byzantine mosaic — to the 3-D structure of a complex organic molecule. That day, she said, began in pain and ended in a vision.”

Dorothy Crowfoot Hodgkin went on to win the 1964 Nobel Prize in Chemistry for her work in x-ray crystallography, determining the structure of penicillin, insulin and B12.  The beautiful drawing below is of insulin, made by Hodgkin, and presented to Dr. Helen Megaw, crystallographer and organizer of the Festival Pattern Group in Britain, 1951.  Hodgkin refused to accept a fee for the drawing, or take copyright for a pattern perpetuated by nature.

Megaw loved pattern, and dedicated an exhibit as part of the Festival of Britain, to the wonders of scientific pattern, as applied to wallpaper, fabric, china and other domestic objects.  She gave Hodgkin a linen pillow embroidered with the crystal structure of aluminum hydroxide as a wedding gift.

I love this idea of art as a way to express science.  The beauty of our world goes beneath the surface.